The first time I met Kim, I knew she was magical. I met her in the summer of 2014, and she has helped me a great deal, on several occasions since then. Kim has been instrumental in opening doors to my highest potential, both through her loving guidance and her powerful transformational work. The first time she worked with me, it was like she opened a gateway to pure magic! Since then, I have called on Kim, to help me during the times when I need extra support to move through things more efficiently and smoothly. When I was having trouble selling my last house, she helped to unlock the barriers to it selling, and it sold (cash offer) within two weeks of our session. She also assisted with some unhealthy attachments that had formed in my energetic field, about a year ago, that were creating physical, mental, and emotional disturbances for me. Her advice and support has been absolutely crucial in my progress in both my personal life and my own practice. I am so grateful that the universe aligned everything just perfectly, so that Kim could become a valued part of my life. Her influence has been, and continues to be, powerful, to say the very least. 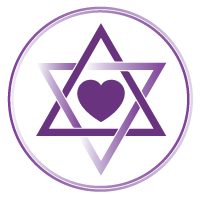 I want to thank you for creating sacred space for me. This has allowed me to truly start looking at my patterns. This includes identifying what triggers me and taking it back to its source. I am looking at myself in others every day to bring to light what needs... Read More

FREE Mp3 "Riding the Waves of the Great Awakening" when you sign up for my Newsletter! Dismiss